It was a sunny Monday morning in Purmerend, a suburban town on the outskirts of Amsterdam, 10 km away from the hustle of metropolitan Amsterdam life, that I sat with Marcel to ask over his life, studies, and the advice he has for the third year Bachelor. 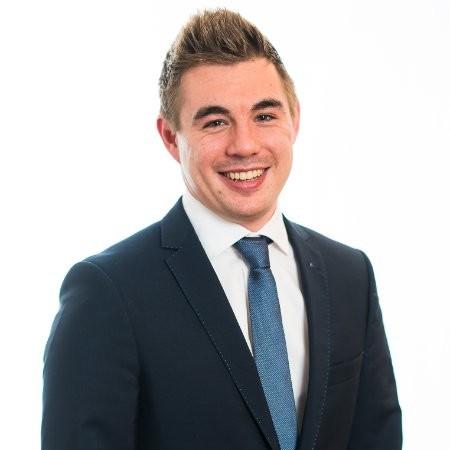 To set the ball rolling, tell me more about the company you are working for. What is WTW?

I think most people know WTW as a main sponsor of the VSAE. We do multiply things, amongst which is obviously actuary work, which is the one I do myself. And that involves standard actuarial science duties like checking the pension premiums, whether there are sufficient funds to meet the liabilities, etc.

What language is mostly used in your department here?

It is Dutch, especially in the retirement area that I work for. Because, obviously, the Dutch pension funds operate in the Netherlands and the customer base is Dutch-speaking. There are some exceptions but the common tongue is definitely Dutch.

So what would you say to English-speaking Actuarial science students?

If you want to work at the retirement department, you need to speak Dutch, I’m afraid. I mean, even though it is possible to speak English in the office place, you need to be able to communicate with the people you work for. Say, if you work with customers from a Dutch village in the South of the Netherlands, and you only speak English, I reckon that would be a bit of a struggle. Plus, the customer is the king, you need to follow their wishes. However,  that doesn’t mean that you wouldn’t be able to work at WTW, as there are other departments where Dutch is less of a requirement.

What about you personally? Tell me more about yourself.

I am a student, 26 years old. My study has taken a little bit too long, as you see. I finished an undergraduate degree in Economics in Plymouth, UK. Whilst doing that, I came in touch with Econometrics and then I thought of doing that for Master’s. On coming back here, they didn’t accept my application though, so I had to do it all over again, and so I ended up doing another Bachelor’s in Econometrics at UvA. At the moment I am studying Financial Econometrics Master’s.

Since you have Bachelor’s degrees from both the UK and Netherlands, can you give your feedback on the academic life in both countries?

In the UK it really depends on which university you go to. If you take, say, the top universities like Oxford, Cambridge, LSE and so, you can compare them with UvA in a sense that the focus is mainly on studying. But if you take other universities, which are, say, below in the rankings, where you live on a campus with 40,000 people on a square kilometre, the feeling there is quite different.

The entire course structure there is quite different. Here we have exams every eight weeks whilst in the UK, you have the exam period after Easter, and that is basically the only exam time you really have. Before that you are asked to submit essays and so, but there are also periods when you have nothing to hand in for months. Moreover, they have 6 courses a year, whilst we do 10. But that is because they tend to merge multiple subjects in one, say Macroeconomics and Microeconomics in the Netherlands would just be Economics in the UK, or Mathematics 1, Mathematics 2 here, and just Mathematics there.

To compare, both have their own advantages and disadvantages. But I would still go for the English system, because I quite enjoyed the time to thoroughly go through the subjects. I had no pressure to produce an exam every eight weeks, which basically means that you are studying for exam, and you don’t really have time to lie back and think about the things you learn. I would still prefer a little bit more exams during through the year but not as many as we have here.

Overall, if you have a year, and you keep going back to the things you learn, it tends to settle in better. I would say there you know it rather than you learn it. That generally helps in the working life too.

What advice would you give to people scratching their heads over third year’s first semester?

I think if you have an option, you should go abroad. And when there, pick the subjects that you really want to do. Because I don’t think it is worth doing useless subjects, like Econometrics courses that you already did in year one and year two. I also think it is a good idea to mingle with the people there rather than going to the parties every day. Because when in a foreign culture with no quick way home, you really have to find the way out and pull through all on your own. I would say the personal development you would get there would really do better than just doing a minor or electives back here.

I think going abroad is really useful, since it shows you that there is a different way of looking at things, and, personally, having spent three years in the UK, I would say I appreciate the Netherlands more than an average Dutch persons does. If you, say, have an argument with someone, but you have spent some time abroad, you would be more likely to see where the person is coming from rather than condemning them outright. That just helps you develop as a person. That, I think, will easily help you gain other more professional skills further on. As an example, a couple of years ago Machine Learning and Econometrics wasn’t a thing at all, and yet now it is in mode, so I mean, with those personal skills, it will be easier to adjust to changes that come in your professional life as well as life overall.

How about those who choose an internship? How long do you think one should work a week?

In case you want to do a student job, I would say two days a week is the max and preferably 16 hours a week. Because if you work let’s say 10 hours then it still takes you two days, five hours a day. Say, if I worked 5 hours, and I came home, I wouldn’t spend those three extra hours on university work. Also missing 2 days a week to study is manageable, especially since it’s always possible to take time off if the study load is above average. For example, I never work during the exam week or the study week, the week before the exams. Also, it wasn’t a problem when I took off 4 weeks to focus on Advanced Econometrics 2, as it wasn’t possible to combine that subject with work.

However, in case it’s part of the curriculum, meaning you will receive EC credits, and you only have one subject on the side, then you should be able to work 2 additional days. Personally I would prefer a student job above a short internship, as working somewhere for a longer period of time does give you a better insight than just working there for 16 weeks. Although an internship could always be the start of a longer period of employment of course.

Back to your corporate life. How is life flowing at WTW?

We have to be here before 9 o’clock. You check your email, after which you often know what you will be doing this week. As a werkstudent (student job), I have a sort of “supervisor” who makes sure that there is a right amount of work for me.  So you just do the work that is assigned to you. After a couple of months you are often placed in certain teams that work for a particular pension fund, allowing you get the full idea of everything that goes. What I do personally, is usually computing premiums and reserves for given pensions funds. Afterwards, I may be asked to write a letter explaining the results. I usually leave work at half past five, I think. So you work eight hours with a half an hour lunch break, that is basically it. As a student they definitely don’t want you to stay any longer.

Would you say you managed to combine work with your study well enough?

It’s difficult but doable and it’s definitely harder during the Master than the Bachelor. The Master econometrics is a very intense one year program, but a lot of people tend to spread it out over a longer period and combing that with work is ideal if you ask me.

Another thing to say is that most people with no study delay, will fully graduate at the age of 22, so you are still quite young. So why would you start working full-time when you are 22? I think it is more valuable to spread out a bit and then start working later. Back then I had no idea what work I wanted to do and time gave me a chance to think it over and decide better.

I think if you ask most Bachelor or Master students what they want to do after study will have no answer, since they don’t fully know what the options are yet.

Any final advice that you have?

Don’t be afraid that your degree takes longer than three years. And same for your Master’s. Because as an econometrician, the chance that you will get a job is really high anyway. Don’t rush with work, I have a couple of friends who started work full time at 22, and regretted, seeing their mates still going out. So, enjoy your university time, and go abroad if you have an opportunity.