I had the pleasure to meet Mats de Nijs, who works as an Analytics Consultant at ORTEC. He is also a former active member of the VSAE. I asked him about his transition to the working life. 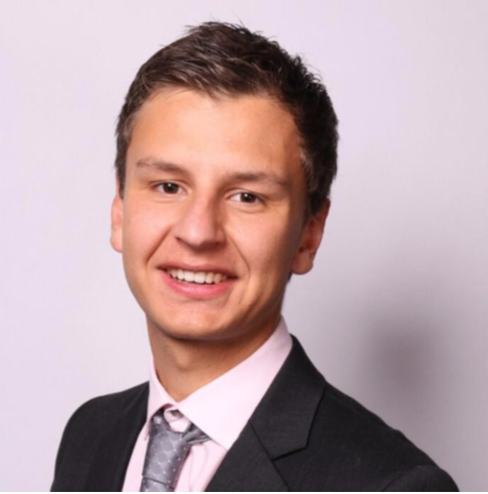 Could you please tell us a bit about your studies and yourself?

My name is Mats, I am twenty-five years old and I live in Amsterdam with two flatmates. Very few of the people who will read this might recognize me as I also studied Econometrics at the University of Amsterdam. However, that was back in 2018 and I believe the study changed a lot since then. I did the bachelor’s Econometrics and Operations Research which was still in Dutch back then. I enjoyed programming and subjects that related to machine learning the best so I decided to follow up my bachelor’s with a master’s in Econometrics, specializing in what was called ‘Big Data Business Analytics’.

After I finished, I was only twenty-one years old, which is quite a young age to start working in the Netherlands. Thus, I did a minor abroad in Innsbruck (in Austria) where I finished my master’s with 90 ECTS instead of the usual 60. The minor I did was on international economics and management. However, since I lived in Austria, I think you would understand that I spent more time skiing than studying.

When I came back from Austria, with a master of Econometrics in my pocket, I was not sure what I would do. A friend of mine approached me with this really nice project at the fire department. The regional fire department was reorganizing and for that, they needed me to analyze the risks, work force and response times. Although I was given a lot of responsibilities, I wasn’t at the perfect position as I did not have many colleagues that I could learn from, colleagues that did not have the same passion for mathematics and data science as me. So, I joined ORTEC.

And what does your position consist of at ORTEC?

I started working at ORTEC ten months ago as an Analytics Consultant. ORTEC has several departments and I work for the consulting department, more specifically the energy team. This means that I generally work on projects for energy companies. Besides mathematics and data science, I am quite passionate about renewable fuels and the energy transition which is why I expressed my preference for this team.

I currently work on a project for Shell as a data scientist but I also do a lot of front- and back-end development. I am working on an application which gives engineers at Shell insight into the thickness of crucial pipelines. Corrosion takes place in many of Shell’s pipelines which could cause breaches. Luckily the corrosion could be predicted by variables such as the temperature, pressure and features of the substances that flow through. Luckily I don’t do this project on my own but with a very talented group of about 7 people working for ORTEC and Shell. We live all over the world which doesn’t always come out handy. For example, planning a meeting with someone from India and the US could be a struggle, but it has worked out so far. By the way, I mainly work in the programming languages Python and JavaScript. R, which was the main programming language I was taught in university, is one I barely see used.

My work on this project takes up about 35 hours of my 40 hour workweek. The other 5 hours, I spend internally (within ORTEC) and this includes things such as team meetings, writing the newsletter or hosting and following courses. And on Fridays, after working hours, I often enjoy a beer or two with my colleagues at the famous ORTAP.

As a young and new employee at ORTEC I started in the ‘Junior & Trainee Pool’. Being part of this team, I am stimulated to work on a few different projects to learn from different colleagues and to learn about different solutions. Also, as juniors or trainees, we get the benefits of social activities such as the bootcamp, escape room and more.

Could you describe what ORTEC is exactly?

ORTEC is a consultancy agency specialized in data science and mathematics. ORTEC is originally from the Netherlands but we have offices all over the world. The main office is in Zoetermeer (fun fact: we call it Sweet-Lake City) and there are offices in Amsterdam and Groningen as well. With forty years of experience, ORTEC is often asked to work on some of the coolest projects in the field of mathematics and data science. Sometimes we have done a project alike before or have a solution laying around. A good example of this is the Workforce Scheduling Tool that is being used by many companies all across the world. But we also get to work on new and innovative projects a lot, which is one of the main things I like about working at ORTEC.

4. You mentioned you have been a part of ORTEC since May of last year, which means you joined the agency during the pandemic, was it hard to find this job?

No. I believe that there is quite a high demand for people with qualities like us. If you have a good mindset and take application procedures seriously, I wouldn’t worry about finding a job as an econometrics graduate. We obviously don’t hire everyone at ORTEC but I was lucky as it was on the top of my list and the only company I applied for.

And how did it feel to start this job online?

Starting a job during the pandemic could be a struggle, though. In your first few weeks you need to invite your new colleagues for a virtual cup of coffee together to prevent social interactions from becoming awkward later on. During the majority of 2021, we were strictly advised to work from home, thus it was strange when we came back to the office. I had worked with some people for over half a year without seeing them in real life. I was very surprised about how tall a few people were, for example. I bet this felt similar for those who entered the classroom for the first time in weeks.

As you were a VSAE member, tell me a bit about your VSAE history.

Actually, it was only one year ago when I went to a ‘borrel’ held by the VSAE. Me and some friends already quit the VSAE about three years ago, but we felt like going and seeing what the borrels are like nowadays. Although I only recognized about five others, it was just as fun as previous years. During my studies, I always went to the borrel and to the majority of the recruitment events held by the VSAE. I was also part of the rankings committee and the VSAE weekend committee. I still see some friends that I got to know in the classroom. I even work with one nowadays.

When did you first hear about ORTEC and how did you find it? Did the VSAE help you in any way for your future job?

I first heard about ORTEC during one of the recruitment events held by the VSAE, probably the career days or the LED. I actually recently gave a presentation on the LED on behalf of ORTEC. It was fun to be on the other side of the room so to say, but it was obviously a pity that it was virtual, I totally missed the ‘bitterballen’ afterwards.

One of my former classmates and former VSAE member, Bram Postma, worked at ORTEC. I gave him a call and spent around an hour asking him questions after which I decided to apply.

Would you give any tips to students before considering joining ORTEC?

Well, I would say the same to students considering any other company, which is to make sure it is a good fit between you and the company. I very much enjoy working at ORTEC because the people that I work with share the same passion for mathematics and data science and because I get to work on some of the coolest projects.

Perhaps a good thing to know if you consider applying at ORTEC is that we will be organizing a ‘Meet & Match’ day on April 11th besides the standard application process. During this day, you will have the opportunity to speak to different people from ORTEC in one day during two application rounds. At the end of the day, you will hear whether you will be offered a contract from us.

You can apply via our website careers.ortec.com or via the M&M vacancies on our LinkedIn page. If you have any questions, feel free to contact me via LinkedIn or the HR at recruitment@ortec.com.

Thank you so much for taking time for this interview.